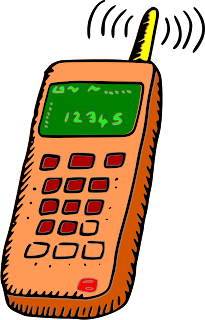 A mobile is one of the most useful invention of mankind. It has facilitated direct verbal communication between people located anywhere. And with the introduction of the smartphone, its utility is now much more than just conversing. Mobile conversation in India is developing a new "trend" which is rapidly catching up. This trend is not something great, but just a simple QUESTION, which has become a routine and the usually the beginning of almost every mobile conversation.📱

That simple (yet crucial) question is:

"Kidhar hai?"
These have become the most FAVOURITE "two words" of almost every mobile user in India. 👍

Whenever a person calls someone, and irrespective of the work he has with the concerned person, the first thing he will ask is "Kidhar hai, bhai?". It has become a must for almost every caller in India.👊

It is not just a simple query about the whereabouts of the recipient of the call, but an indirect enquiry covering many details, like what he is doing at that time, who else is there with him etc.

It's a known fact that one of the most fundamental human characteristics is that of CURIOSITY. They are always curious about various things. It is this curious nature of man that has led him to wonder, ponder and then absorb.

But, in India, besides the general curiosity about everything, there is always a great curiosity about OTHERS. It is one of the characteristics of the typical "Indian" mindset.

This typical mindset makes the caller "curious" about the whereabouts of the opposite person.

Before the advent of mobiles, the only medium of verbal communication was the humble "landline" phone. Since it was located at a fixed place, people calling on it knew exactly where the person receiving the call was present at that time. Hence, the question of asking this "curious question" did not arise. ☎

But, the "mobile" has completely changed the scenario. It can be carried by its user anywhere.🌎

Hence, when a call is made on a mobile phone, the recipient of the call could be "anywhere".

And so, as a habitual curiosity, the caller is curious to know "WHERE" he is.

Usually, there is no ulterior motive behind this query. It's just an innocent curiosity. 😇

In some cases, this enquiry could be done to find out whether it is possible for the opposite person to come at the location of the caller, or at some other place, and how much time would it take. But, to find out these details, the caller can also "directly" ask the person whether it is possible for him to come at the said place. It is not a necessity to know his "whereabouts". But, as usual, curiosity automatically brings out this question.👊

This question could also be asked to indirectly confirm whether the opposite person is free to talk. But, in that case, "Kidhar hai?" would be a somewhat uncivilized manner to confirm it. The appropriate manner would be to "politely" ask him whether it is possible for him to spare a few minutes to talk. 🙏

In other words, whatever the reason, this has become the most common question of the COMMON man. 👊

Although the language and tone might vary from person to person, the question will always remain the "SAME".👍

A specific category of people who have made this question a routine are the WIVES of our country. 👩

Since ages, most wives have been suspicious and insecure about their "husbands". They are constantly anxious about where their husbands are, with whom they are and what they are doing.

Hence, a "mobile" is one of the best and easiest way to keep a track on them.

In their case, the conversation of the call to find out the whereabouts of their husband will not begin with the "favourite" question. They will make it appear that they have called to remind their husband about some chore they were supposed to do on their way home or some other matter. And after discussing about it, in a very "casual" tone, ask their husband about his whereabouts. And also whether anyone else is there with him. And, in case the husband answers in a "hesitant" tone, no one can spare him from his wife's fury. 😤

In cases of such an inquisitive question, if the opposite person does not want to disclose his whereabouts, he could conveniently "lie" about it. The caller might probably not be able to catch his lies.

Till the curious nature of humans and the suspicious and insecure nature of wives exists, this "Great Indian mobile-query" will go on.

That is, in all probability, FOR-EVER.👊

Article by-
Kaizad B. Irani