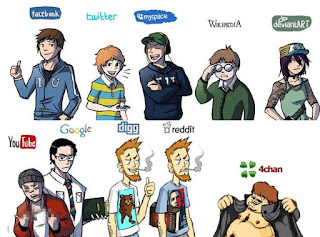 ABSTRACT
There is a group of people in support of the advantages of social networking sites and then there is a few who think that all this is nothing less than a curse to the young generation. Usually, the perspective is in accordance with the age. Our young generation would be in support for SNSs while the more experienced bunch of people like parents, grandparents and all those experienced people around would say that it is somehow ruining their children and their young ones. Everybody has a point of their own. Everyone is correct in a way, but our work is to actually figure out whats happening around, considering all the aspects, how it is affecting people, how is it or can it bring a change to their lifestyle, how can it affect the values, morals of people, how can people be benefitted from it. This article will focus on all the pros and cons of the SNSs and will try to keep a view that should give each one of us a learning because each article has a point or two to prove, so that people could either get some knowledge out of it or learn something from it that could bring a slight change in their perception.
Keywords :- SNS

ACKNOWLEDGMENT
I would like to put on record, my appreciation and gratitude to all those who have furnished their support and input. I have received tremendous guidance from my guide Mr. Ankit Garg, Assistant Professor, Amity University, Haryana. I would like to thank my sister Ishita Dutt who as a teenager helped me to analyze how teens actually use SNS, and all my family members for their encouragement.
REFERENCES