No matter how smart you are, Indian politics will always surprise you.  Some political heroes(sarcastically) have a past which general public don't know about, their real intentions behind some decisions are always a mystery and will they sell the nation to MNC's and missionaries is just a matter of time.

In this Article I will expose the Real Master plan of Congress, Anna Hazare and Arvind Kejriwal, who created a fake mass movement to misguide Indian educated class so that they can move public's attention from Black money's retrieval and also to show the nation a FAKE Lokpal so that when they will sell the Nation to MNCs and Missionaries no one would know about it.


Half of the country supporting the Anna Team against corruption was unaware of what they were really  fighting for. No one really knew what is Jan Lokpal bill,what are the rights for a common man to gain under it. But amazing fact is.
"Do even Anna Hazare read the Real Jan Lokpal draft completely ?"
did he even read the whole Draft? Surprisingly the Answer is NO! That is not all, Jan Lokpal bill was strongly drafted with the laws such as Right to recall and Right to reject but if you spare time to read the lokpal bill which Anna and Arvind Kejriwal presented and firmly supported, you will not find any such law. They amended Lokpal bill according to their benefits and removed all those laws and rights which could put them in uncomfortable positions, FYI without right to recall and right to reject, you will be handling your nation to 10-12 people who will control the country and MNC's will only have to bribe them and nobody can question their authority. 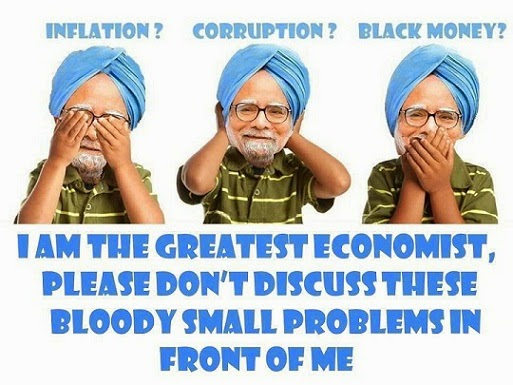 First of all, Congress and its Top leaders like Manmohan Singh, Sonia Gandhi, P Chindambram are all sold out to the Multinational companies like IPL players.  Reason behind my such Bold statement is UNCAC (United Nations Convention Against Corruption)
Multinational Companies of USA and other foreign countries wanted Indian Government to force in the UNCAC, as all the elite government officers were funded by these MNCs therefore they had to execute it somehow. The issue was, if public of India will  get to know that Indian Ministers are doing what America is asking them to do forcefully then it will make every congress minister loose his integrity in front of the nation. So they found a source to execute their plan using the concept of Mass movement, in this way public will think they have forced government to apply laws against corruption but the real deal is that they will amend the law and will use it for MNC's benefit as nobody cares to even give a look at the drafts after getting them passed.

Congress already knew that they are going to lose in the next elections but just to add sting to the politics and to cut down the votes of BJP they planned to use Anna and Arvind Kejriwal. Congress asked them to create a separate party as they were getting huge support from the educated middle class, hence a party with Arvind Kejriwal and Anna as leaders will directly cut the votes of BJP and same did happen.
Congress men saved their integrity and also tackled BJP from nowhere, all because public of India was just unaware of any facts.

Anna hazare after the anshan for a week or so became the symbol of hope among Indian public. Sympathy, helplessness and illiteracy in politics led the success of Anna's movement.  With a motto to remove corruption from India and to launch Jan Lokpal bill to keep a check on further corruptions, he was the brand ambassador of the party. But the reality is that he didn't even read the whole lokpal by himself untill the rally ended and some activists asked him typical questions related Jan Lokpal  publically.
After that incident  translation of Jan lokpal was done in such a high level Hindi that even a MA student will fail to understand a single line of it, the same case was in English as well. It was all done so that activists supporting them will not read the drafts carefully and will not be able to find the loop holes.
Anna was merely a pawn in this whole game, either he knew about all the master plan and was willingly playing his part in it or he was too innocent that he didn't knew anything and did pure anshans to pass jan lokpal bill which he didn't even read completely. I leave on you to decide.

The Nayak, the hero, i guess you already know how strong political leader he is(sarcastically). Who will doubt him for conspiracy? He was an IITian, looked like a person who always pays tax before the deadline, i mean he was totally right person, then where did it all go wrong?
INTENTIONS!
He was wrongly intended! Congress merely hyped  him and the matter because they wanted to, otherwise Arvind Kejriwal would still be a unknown personality for all of us. Arvind kejriwal shredded off the right to recall and right to reject from jan lokpal bill as they were some grammar errors.  Totally commited to Congress, he played his part well by cutting off BJPs votes in the elections and then by forming party with Congress.
Anyways he was just being loyal to the party who brought him into politics and gave him employment and such a large stage to speak his rubbish.

Most important element in executing the master plan was MEDIA. Government paid the media to show the live coverage for 24/7 of the places they wanted. Anna was all over the news, so was Arvind Kejriwal. Reporters were allowed to enter Tihaar jail as it was some movie shooting going on.  100% media attention resulted in the huge mass movement.
Anna could have been arrested on 14th Aug. and then could be sent to any place where he could do his anshan but rather he was arrested on 15th Aug. to gain all the public attention, as on the independence day everyone do watch the  television and with every news channel covering the same news, it all turned out pretty well for the congress. 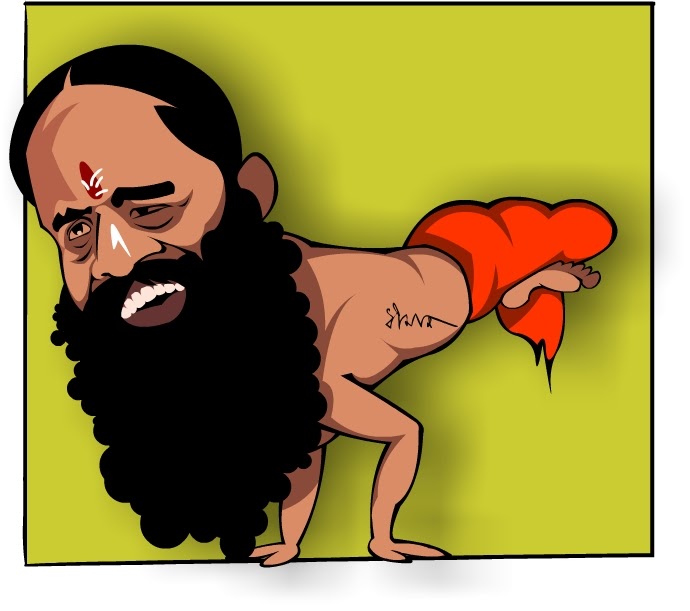 On the counter, Baba Ram Dev arranged a meeting with hundreds of activists and known personalities to discuss the Black money retrieval procedures, What? You don't know about it?
How would you! As no media was there to telecast it.
Even when Baba Ramdev and his supporters were lathi charged  by police force, no telecast was done. They were straight orders from the government and no media covered the whole story.
Wow, they say it right! We don't show news, we make news.
This is all from my side. You must stay updated on the political news. You are young and cool does not mean you will allow your country to be sold to some English companies and won't bother about it.
Posted by Unknown at 10:34 PM