Homosexuals : we too are humans

All the time we hear people and politicians and artists and writer talking about “LOVE”. From the common people living in slum to high class people living in their mansion talk about love and believe in it and do fall in love. But what happens to them when they hear about a boy loving a boy or a girl being into a girl? Why does their reaction differ so much? Why does their perception about love changes? What is there that makes their thinking about that person change? The fault is in the thinking of the people. The way they see things and the way they make the society.  We live in a society where homosexuality is seen as a sin. It’s considered a crime just because some rules say that and some high class people follow them.  We don’t bother to think and out up our point, we rather follow the crowd blindly.

Gays and lesbians are also humans. They are also born from a woman’s womb. They also have two legs, two hands and one head. They also worship the same god. They also wear the same clothes and eat the same food. They also have a heart which beats. They also get hurt. They also have sentiments which get hurt. Then why are they treated so differently and looked at as if they are from some different planet.  In our society and country a rapist or a murder or a thief can walk with proud and no one will pass a comment or give him looks but if a guy is holding the hand of other guy or is wearing pink or has a girly walk then he will be scanned by others, people will whisper about them, pass comments and make it hard for them to walk in the public place.


It’s not their choice to be gay. In this world where the homosexuals are shunned by their family, ostracized by their community, bullied into the closets, denied of the civil rights and mocked at every single day who would want to be gay willingly. The answer is nobody. They are born that way. It’s in their genetics. It’s something which is not in their hand. We must respect their individuality and give them the love they deserve. They go through a lot to get their love. They have to fight a tougher fight than the straight people to be with the person they want to their life with, maybe which is why they are more loyal, more trustworthy, more understanding and more human than us. It is scientifically proved that most of the people are born this way and some express the recessive gene later in their life. 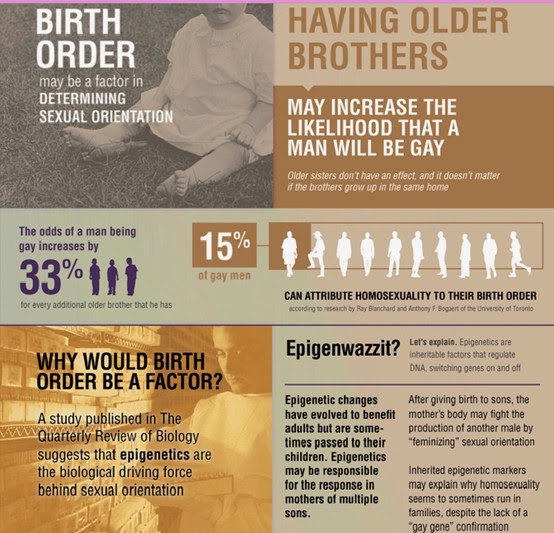 The holy book of Christians “The Leviticus” states many rules and laws which should be followed by each and every Christians. Some things which are banned according to the Leviticus are:

Eating fat (3:17) [That one's "a lasting ordinance for the generations to come, wherever you live." All fat is to be saved for offerings to God. Normal penalty.]
Failing to testify against any wrongdoing you’ve witnessed (5:1) ["They will be held responsible."]
Eating an animal which doesn’t both chew cud and has a divided hoof (cf: camel, rabbit, pig) (11:4-7) ["You will be unclean.]
Marrying your wife’s sister while your wife still lives (18:18)
Picking up grapes that have fallen in your  vineyard (19:10) [To be left for the poor. No penalty given.]
Trimming your beard (19:27) [No penalty given.]

None of the above mentioned things are followed by the people in the society or even the Christians themselves.  But they will want to follow the things said about the homosexuality. What Leviticus says about homosexuality is:

The Leviticus is not a bag of trail mix, we cannot just pick out the pieces we like and ignore the ones we don’t. Either we have to follow all the rules and regulations or none. It’s time we need to stop interfering in the lives of homosexuals and let them love a happy life. They have chosen happiness over the society and we need to be supportive. We need to stop this discrimination. It’s only if and when we will take a step will we be able to live in a more peaceful place where justice is done. Rather than wasting our time on fighting against the homosexuals we should fight against rapes, murders and other crimes happening every day. We should fight against poverty, water scarcity, adulterated food, global warming, and pollution. We should work towards making a world a better place to live in and not making it a difficult place for others to live in. we should live and let live.
Posted by Unknown at 2:43 AM