Why do we pay Income tax?
answer that we think is for the betterment and development of the country. 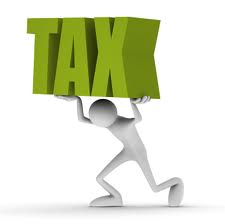 But as far as I think reality is totally different it is used for paying the income and salaries of the national leaders. as this is the common observation in India that the man of becomes a leader starts living a luxurious life as he get a good amount of income every month, no expenditure they get every thing free, no money required for the medical treatment so the money they spend if on living a luxurious life on the hard work of a common man. and on the outher hand the common men who pays the tax had to live a poor life as he have to think several times while in vesting the money in any think.

and as far as I think that this is the only reason for the poverty in India even if the 5% salary of a national leader is deducted and the money left is invested in the country then only a common man will recover from the problem of poverty.
Posted by Unknown at 1:16 AM