Reasons for low level of secondary education in India 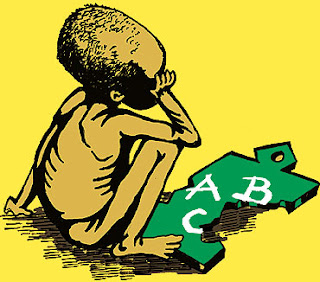 India as it is second largest country in the world on the basis of population count therefore having a huge number of learning age group but the question arises is that "are the schools of India providing proper education to the students studying in India?" and as far as I think the answer is no.
Despite having some very famous schools like Rukmani Birla modern high school, Kendra vidhalya  & etc I don't think that the students studying in these schools are getting a proper dosage of education.


Business on the name of education

If the well qualified teachers will not be paid then why will the teach properly. many of the schools as they are only interested in filling their pockets so they don't pay the teachers properly I had noticed that even the teachers of 11th & 12th class are only paid the salaries of RS.10,000/month what happens today in Rs.10,000 this is also a very common issue many schools want teachers for free they just want a teacher with a B.ed degree.


Teachers use to invite students for joining their tution classes

I had never seen any school teacher who is not having his own private tution classes this is sometime because of greed of teachers and sometime because of compulsions as if the school will not pay them then they have to take such steps for earning a good amount of money. If the teacher is opening his private tutions as he is not getting money then it is quite OK but in many cases it had been observed that many teachers even use to torture students for joining their private tution classes as this brings them extra profit and in many cases it had been observed that many teachers use to charge a good amount of tution fee and force them to join and blackmail them that he/she will be failed if they will not join the private tution classes of their respective teachers.Many of you will not believe this but this is something which is hard to digest but this is true.


Poor quality of teachers in many of the schools

Many of the schools are not having good teachers for teaching their students as the schools are not having any sort of tension as I had already mentioned that they are only interested in filling their pockets and for this what they use to do is that they use to hire a very poor quality of teachers for less fee which are basically not even teachers. Even in my school their is lack of good teachers actually many of the teachers are their for passing their time by talking to the students and many other things are also their.

The Indian government is providing an enormous amount of money for the good education for the students but these funds are not utilized properly as they are not used where they should have been used and a big amount of the funds is cleared by the corrupted Indians.This thing is too valid for both government and private institutions as both government and private institutions are not utilizing the subsidies and funds launched by the Indian government.


Lack of Strictness & Discipline and presence of Gangsterism in Schools

"I am not saying that every school is bad and everyone who opens the schools only opens for making money and I respect my teachers and I had not pointed out any one particular in this article this article is just for illustrating the general problem which are their and this is true not a fiction."
Posted by Unknown at 1:00 AM

Email ThisBlogThis!Share to TwitterShare to FacebookShare to Pinterest
Labels: corruption in school