Our Politicians & Leaders are more dangerous then terrorists for our country

Who is more Dangerous? An Indian Politician our a terrorist. 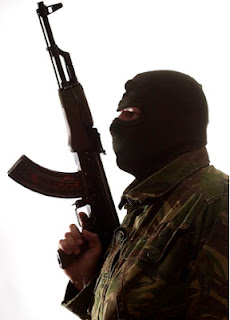 After studying on this from a very long time I had noticed that our country is having a very dangerous thing in it and that is our politicians and Leaders. If someone asks from you that are terrorists dangerous for our country then every one's answer will be of course "YES" but their is something more dangerous then that which is their in our country and that is our politicians and Leaders who are only mad about two thing and that are money and chair"Kursi".Their Chair is their post, their God and their Life.


What are their duties and responsibilities?
Some duties of majority of Indian politicians are as follows-

Why they are a big danger then Terrorists?

How are our leaders are foreign countries different?(must read)
Their was only a single attack on America via "Alkaida" and the result of that was that the Americans had killed Osama-bin-laden and we are having a blast every month in our country and even the terrorist attack which had shaken Mumbai in which the terrorists from Pakistan had converted Taj hotel , Nariman house & Oberoi hotel to a place even worst then hell.
This shows the looseness of Indian constitution that how loose and weak is Indian constitution which is having nothing in it it is like a vacant room filled with corrupted Leaders and Politicians.
Posted by Unknown at 8:48 PM

Email ThisBlogThis!Share to TwitterShare to FacebookShare to Pinterest
Labels: 2 Faces